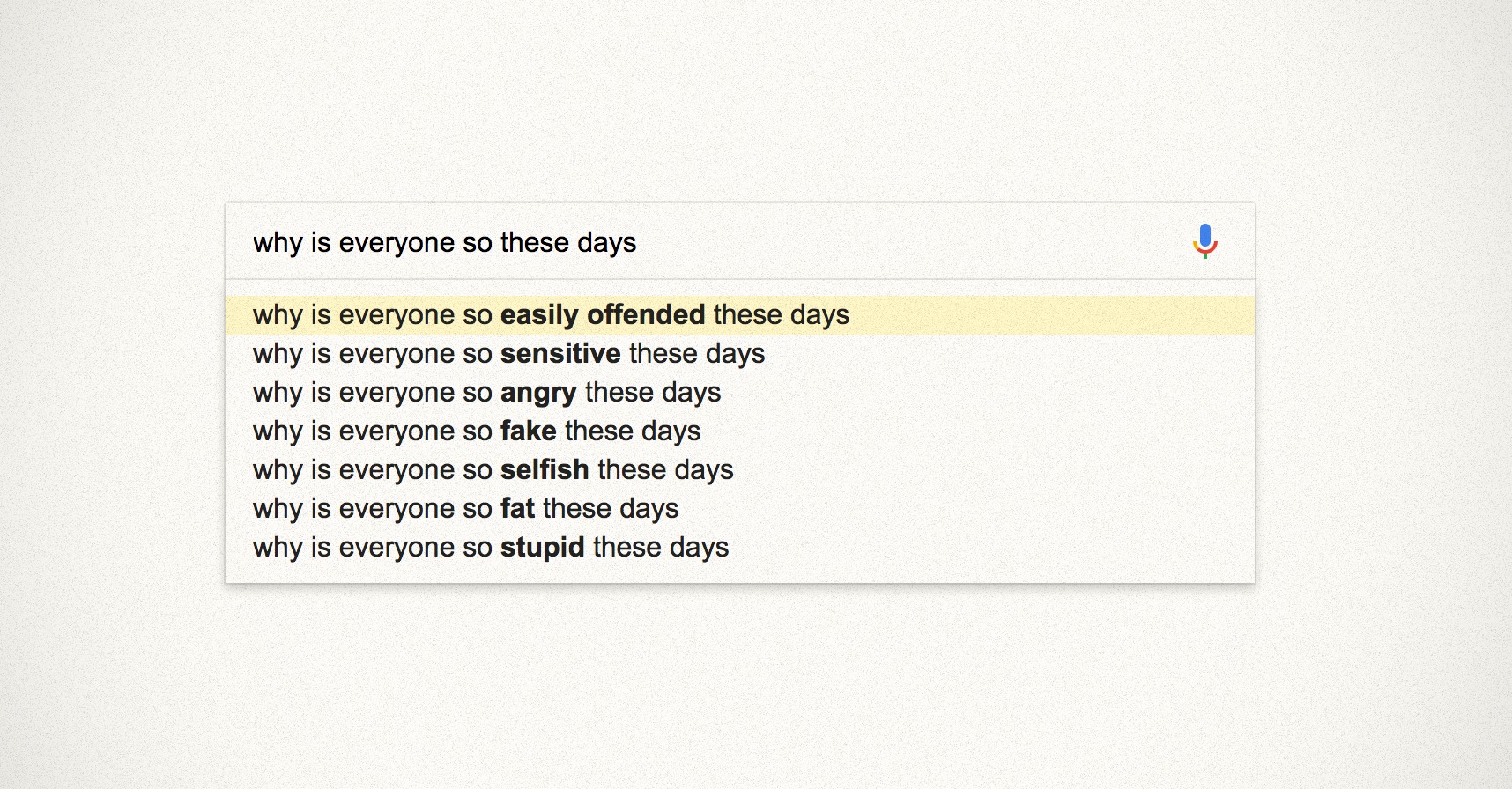 “Everyone is so easily offended these days.”

Usually spoken by someone who was forced to grow up too fast.
Someone who put on a thick skin to help themselves survive the cruelty of their environment.

Such a tough person would despise someone who is sensitive,
because here is a gentle soul who instead took a stance and said “No.
“I will not be forced to suffer just because you suffered.”

And when the cruel world tried to put them in their place, these gentle people would link together and stand their ground. Finally in large numbers, in this new millennium when so many are finally, irrevocably connected, together they stand and they say “No.
“We do not tolerate anymore what was tolerated in the past.”

It’s true. Everyone is so sensitive these days.

But the ones who seem the most sensitive are ones who have a hard time accepting that, in the future that rejects the idea of suffering as a virtue,
their thick skin will not be worth all that much.